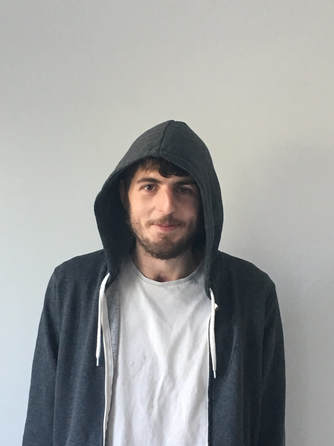 This is Danny. He looks like any other 21 year old starting out in life but Danny’s choice of career as a plasterer has been cut short due to a freak accident that happened in December 2016.

On the 14th December last year Danny was plastering a wall in an old house when the boiler that someone else was working on started making noises. The boiler suddenly exploded and whilst everyone else in the room was fortunate enough to get out, Danny was right beside the boiler and his body was sprayed with boiling hot water. He was airlifted to Broomfield specialist burns unit in Chelmsford and spent a month in hospital. He has been left with 55% burns.

Danny’s burns are to his hands, back and legs which means he is unable to stand for any longer than two minutes.  He has also suffered damage to his lungs which leaves him breathless a lot of the time and he continues to suffer with infections from the burns. He has had skin grafts but his condition is so serious that he has been advised by doctors not go out in sunlight for up to two years. This means  he is housebound during the day, making him feel very lonely and isolated. Danny has also been advised that he can never work with plaster or lime again due to the damage it would cause to his skin grafts.

Despite everything Danny has been through, he remains optimistic about the future and with help from the Lighthouse Construction Industry Charity he is looking to retrain to become a Quantity Surveyor.
​Help people like Danny
​
If you’d like to know more about how you can support our work and help people like Tracy, visit our charity's Support Us page or help us spread the word by purchasing your own Helpline Pack.​
​